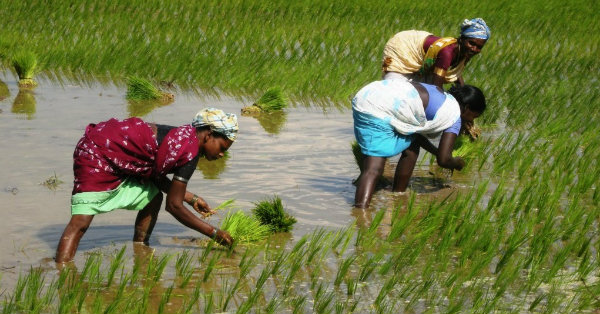 Major portion of a country’s economy depends on its agricultural product. India is also an agricultural state. There are a lot of crops grown here in this state. Let us discuss the main crops grown in the states of Madhya Pradesh and Chhattisgarh.

There are many crops of Madhya Pradesh.

It includes paddy, wheat, maize, and Jowar as cereals. It occupies an area of about 41%. Wheat is the largest cultivated crop in Madhya Pradesh followed by paddy and Jowar.

The pulses which are  rich in proteins are also grown here and occupies an area of 21%. It includes tur, mong, urd and gram.

Madhya Pradesh is also rich in oil seeds and 27% of total area is occupied by them. It includes soya bean, ground nut and mustard. The extracts of these fill the deficiency of oil in the country.

Madhya Pradesh has also commercial crops which serve to strengthen the economic level of this state. These crops include Cotton and Sugarcane. These cash crops are grown in districts of Madhya Pradesh.

It includes various vegetables like potatoes, onions, garlic and ginger. It also includes fruits such as mangoes, oranges, papaya and grapes. They occupy rest of the 11%.

Chhattisgarh is called as “rice bowl of India” because of the main crop rice. The main occupation for the people of Chhattisgarh is Agriculture. As main livelihood of villagers depends upon the agriculture and agriculture based industries. The crops here grown are discussed below.

Chhattisgarh is famous for 20,000 varieties of rice. It occupies an area of 3.6 million hectares. It is grown on 77% of total sown area. Annually it produces 1.2 to 1.6 tons/hectares that’s why Chhattisgarh is the largest exporter of rice.

Are you interested to have a look upon this agricultural land?