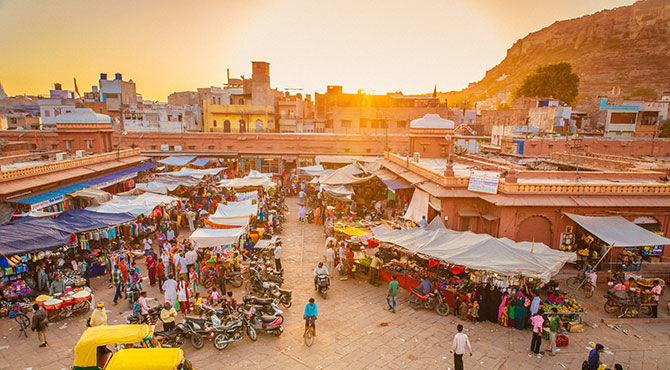 Western India has been under the rule of different people like Muslims, Rajput, Portuguese and British. Their languages are greatly influenced by these invaders. But languages spoken there still maintain their unique regional characteristics. To experience the aroma of these languages, let’s sip from the cup of Languages of Western India.

Rajasthan is place of warriors and royalties. Their languages possess a grandeur of their magnificent historical background. Rajasthan has variety of exotic languages. The official language of Rajasthan is Marwari. It is spoken in various dialects. The essence of this language lies under its crispy regional touch. In addition to this Jaipuri is also spoken there with its dialect Mewati. These languages have a royal fragrance within them. Sa is the prominent thing you will hear. Like you can hear the sentence aao sa meaaning come here.

Gujrati languages are jolly like the moods people there. Their accent is treat to hear. You feel tickled while listening to their languages. Obviously the official language is Gujrati which is real essence of this state. But apart from that people also speak Urdu and Sindhi. While the people of beautiful Kutch have their own language that is Kachchi. Rajasthan, Maharashtra and Madhya Pradesh are its neighbouring states, therefore people living at their borders speak languages characteristic of these neighbouring states.

Maharashtra has its own uniqueness in terms of languages. Marathi is mainly spoken there. While Hindi accompanies Marathi in all over the state. English has also found its way in urban areas. Marathi varies district to district. Each area has different dialect of Marathi. These dialects include Konkani, Varhadii and Dangii.

Official language of the Goa is Konkani. It is most spoken language of Goa. Almost 57% of its population uses Konkani. Marathi is also spoken in Goa. Being subject to Portuguese and then British rule, Portuguese and English are also one of the prominent languages of this state.  Hindi and Kannada are also in use to small extent.

What is your language?