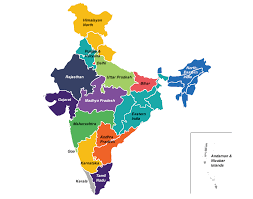 East India is known for its ancient history. The visitors have attracted to it due to the beautiful landscapes, river, mountains and sea that surround it. East India is also known for its diversity and cultures. You will see a lot of rituals, festivals, myths and ceremonies that belong to different cultures residing in east India. Hindi as the national language, many other languages are spoken in the different states of the east part. Some common languages spoken by east Indian people are,

In Bihar, Bihari is the national language. Hindi is spoken as a second language. Many local languages like Angika, Bhojpuri, Bajjika, Khortha, Kudamali, Maghi, Maithili, Surajpuri and Nagpuri are spoken here. Whereas English is the medium in all schools, colleges and universities. Urdu is also spoken in some parts.

Odia is the common language of Odisha. It is also Indo Aryan classical language. Sanskrit is also spoken by few tribes in Odisha. Hindi, Urdu, Mundari and Santali are also spoken by many tribes

Hindi is the official language. Besides that, Bengali is mostly spoken and understood. English is considered as a medium in schools, universities and colleges. Urdu and Nepali are also spoken.

Bengali is the national language. Beside that Hindi, Santali, Nepali, Kurmail, Magahi, Kokborok, Rangpuri, and Rarhi is spoken in different stares of west Bengal except for Kolkata.

This shows that east India is having a diverse multi-culture and civilizations. More than 22 different languages are spoken and understood here.