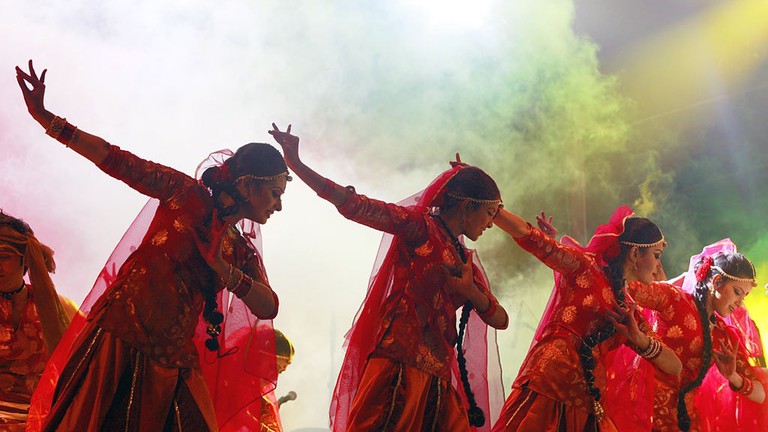 Dance is major portion of Indian culture and traditions. They are performed in front of deities. All dances are related to different rituals and religious faith of people of a region. A festival “lokranjan” is organized by government so that people from different sectors may show their religious and cultural heritage by folk dances. Let’s discuss the folk dances in the major states of central India.

It is famous for its various dance forms. People have religious associations with these dance forms and perform it on their particular events in front of their deities. These forms are given below:

This dance specially belongs to Malva region. The women there, perform this dance style on their various occasions and are called as Jhela. They wear special veil on their face and dance on the beats of drum, having Matki on their hands.

Raai refers to mustard seeds which swing around when kept in saucer. The dancers also swing on the beats of drum. It was once a classical dance later on emerged as folk dance.

It is performed by unmarried girls of Bundelkhandi region. They dance in front of their deities for good husband. It is related to the festivities of Navratri.

The Chhattisgarh is also famous for its various dance forms because of the different types of people living there. Their cultural amalgamation of dances is attributed to different tribes inhabiting the place.  Special costumes and accessories are made for these dances. It includes the following dance forms:

It is performed by boys after harvest. Boys dance while the sticks are stricken against them and are awarded by paddy for performance.

It is performed on the welcome of spring and saying goodbye to rainy season. Usually tribal groups perform this.

This is the dance which is done in the marriages of Chhattisgarh. It is marked with love and affection accompanied by clapping.

So, which one of the above dances do you like the most?