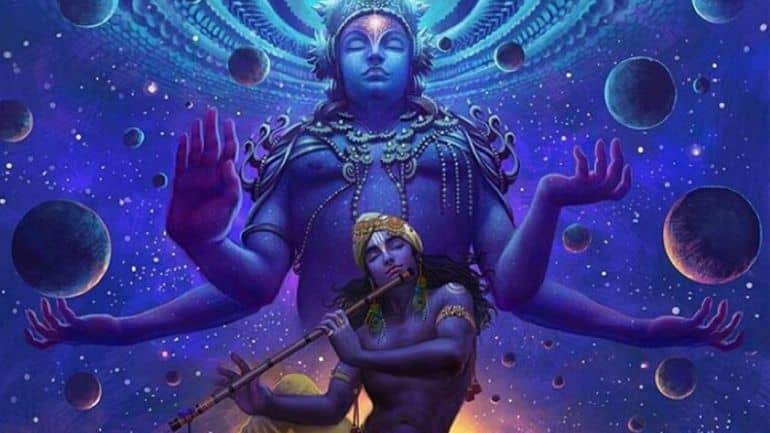 Most important deities of India

Deities are supernatural being worshipped because they control some parts of the world and are responsible for some aspects of life. Deity concept is related to Hinduism. In them, there is only one supernatural universal god, “Brahma”. His works are further divided into gods and goddesses. The three most important gods, Vishnu, Shiva and Brahma, form triad called as Trimurti. There are 33 million gods in Hinduism, few most famous deities are discussed here in this article.

He is the lord of knowledge, wisdom, success and health. He was son of the great Shiva and Parvati. He is pot-boiling elephant God. All the Hindus of even different sects worship him. He aims in removing barriers in the way of success.

He is God of death, dissolution and destruction. Other names of him are Mahadeva, Phashupati, Natharsha and Bhole Nath. He is depicted in symbol called as Shiva lingam.

He is blue skinned god. It is famous for its love, care and compassion. Krishna is most beloved God in Hindus. He has special character in Hindu scripts ” Bhagavad Geeta”. The followers of Krishna give him many nicknames.

Rama is the god of truth and virtue. He is considered as human-like, kind and compassionate. He is believed to be historical god. Hindus celebrate him at their Diwali night.

He is monkey faced god. He is responsible for physical strength, perseverance, service and scholarly devotion. Hindus believe that he helps them to fight against evil forces. His temples are common public shrines.

Vishnu is the peace loving deity of Hindus. He is considered as preserver of life. He represents the principal of righteousness, order and truth for everyone. The followers of him are known as Vaishnava.

The origin of this word lies in word Lakshya which means aims and goals. She is deity of beauty, purity and domesticity. Her picture is sacred for Hindus.

Well do you want to know more about deities? If yes stay tuned with us.