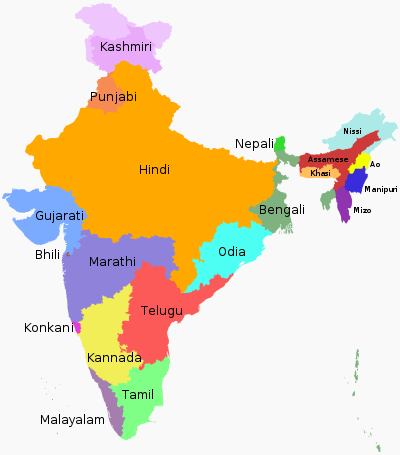 Language is the medium of interaction among people and it is very necessary for country’s identification about their culture and traditions. Surprisingly, India has no national language but Hindi and English are official languages. Their constitution includes other 22 regional languages including Hindi. 25% of total Indian population speaks Hindi. Central India is a region that includes two major states of Madhya Pradesh and Chhattisgarh. These states share vast majority of linguistic and cultural characteristics. Let’s discuss the languages spoken in the central India.

It is considered as the heart of the country, lies in the centre of India. Bhopal is its capital. There are many common and popular languages spoken in Bhopal. Hindi is official language of this state, so enjoys special status here.

Since it is the central area so of course it is the mixture of many people having varying backgrounds. Each group has its own language. Some of the languages spoken here are listed below:

There are many popular dialects of Hindi speaking by the people of Madhya Pradesh. The dialect includes Korko, Katlo, Bhili, Bagheli, Awadhi, Nihali, Malvi, Bundelkhandi and Chhattisgarhi.

Formerly it was a part of Madhya Pradesh, on 1 November 2000 it got status of a separate state. Here the languages have their own unique flavour. Most popular language here is Hindi. Due to its region, Chhattisgarhi language is also common here.

Chhattisgarhi is most common language. It has 93 dialects which root down in to three language types which are Indo-European languages, Dravidian languages and Munda languages. It is also called as Dakshin Kosali or Kosali. It is spoken by 13 million people of Chhattisgarh. It is an eastern Hindi language with strong vocabulary.

Friends, see the diversity of languages in central India. This is called Incredible India! Land of diversity!